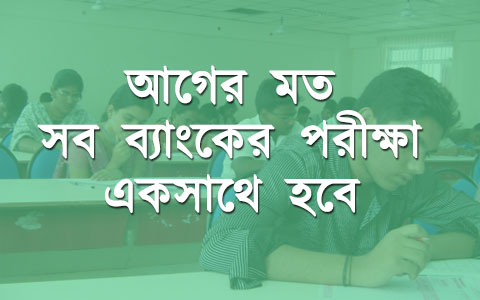 The government has decided to make a uniform recruitment guideline at the state-owned commercial and specialised banks.

A meeting with Finance Minister AMA Muhith in the chair yesterday made the decision, an official present at the meeting told the Dhaka Tribune.

Under the uniform guideline, the Bankers Recruitment Committee (BRC) will hold a unified test for all state banks’ recruitment on the demand placed by the banks authorities.

“We want to ease recruitment process and reduce cost in officials recruitment of the state-owned banks,” the official quoted finance minister as saying.

According to the official, Muhith hoped that corruption and nepotism would come down if staff were recruited following an umbrella policy by all state banks.

The BRC is now headed by a Bangladesh Bank deputy governor while chairmen and managing directors of the state banks are the members.

Earlier, the BRC headed by Bangladesh Bank governor was abolished in 2009 after conversion of the state banks into companies. Before the committee was reinstated in 2014, the banks would recruit officers according to the rules laid down by their own boards.

There are six state-owned commercials banks and two specialised banks in Bangladesh.